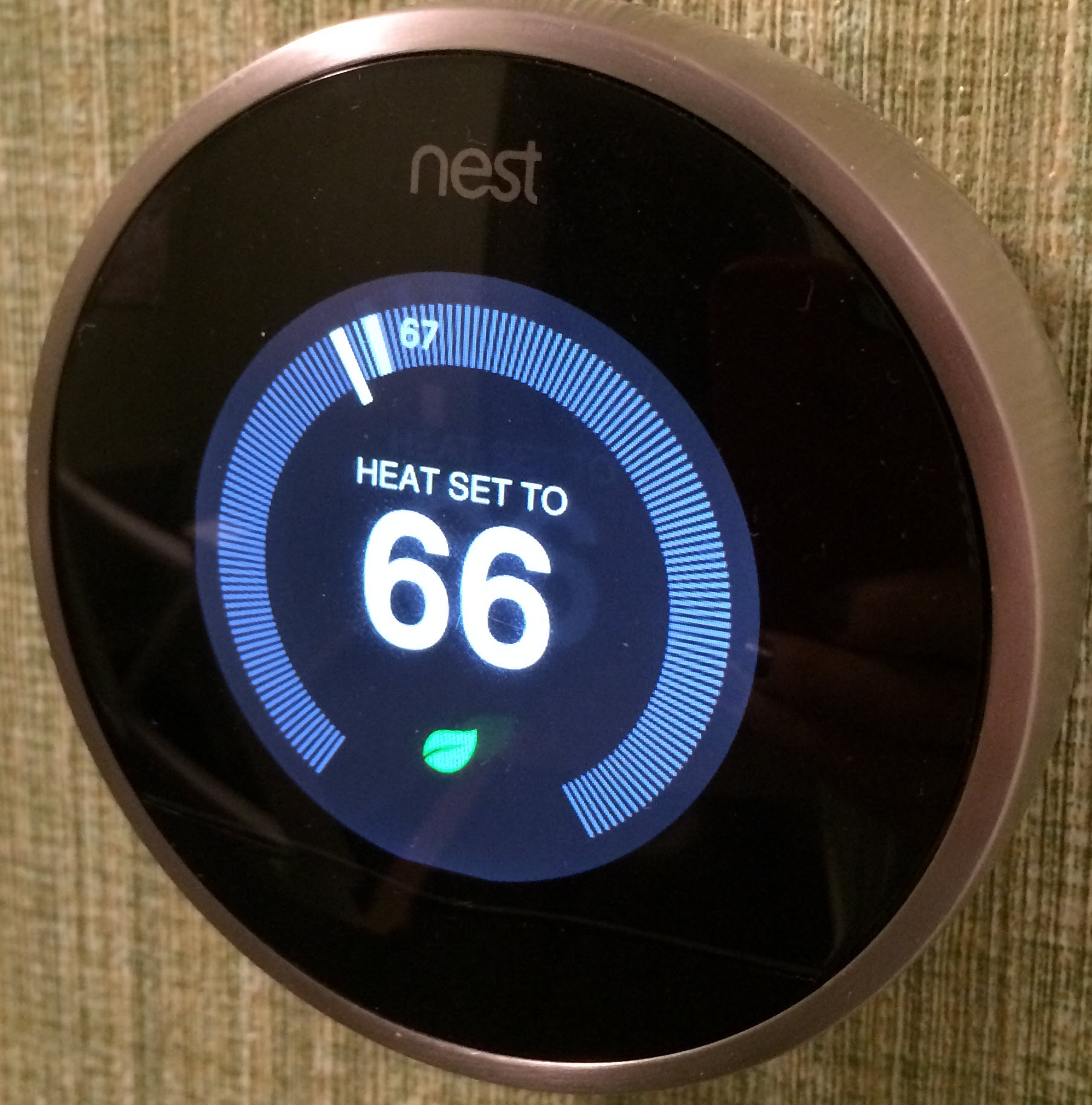 但事情都失败了。在过去的几个月里,瞧ve morphed to agitation. Agitation turned to dislike. And dislike swelled to antipathy. How has this inanimate device gone from astounding to abominable? In the spirit of self-psychoanalysis, I have deconstructed and determined that most of the reasons can be attributed to brokenUX principles和ignoredUX heuristics。And most important, this is a palpable case ofemotional designgone awry.

In his book,“情感设计：为什么我们喜欢（或讨厌）日常事物”Don Norman describes the 3 building blocks of emotional design. These are:

When I first got my Nest I felt like I had super powers because it connected to Wi-Fi and enabled me to adjust my home’s temperature using the Nest website ortablet app。这对当时的恒温器是闻所未闻的。但是这种积极的特征被酋长控制的负元素黯然失色。（和控制is what you really want when it comes to using a device.)

A learning device implies that it will not only pick up on what you usually do, but it will also: 1) allow you to change, and 2) absorb those changes. My Nest learned quite well, but then stopped learning. It remembered but it didn’t look for variations or adapt. It was the equivalent of a printed textbook: Facts, correct or not, become law if written in there and thus will be taught that way until the school chooses a different textbook.

When I turned the dial to increase the heat to 66 degrees, rather than responding by making the house warmer, or by informing me that it is now working toward this, it read, "in 1 hour and 20 minutes 66 degrees until 10:00PM.” The next day the house temperature plummeted to a punishing 50 degrees (I realize I may be spoiled) for no reason I was privy to. Here, by the way, is another usability heuristic not heeded: visibility of system status.

Try as I might, it won’t listen. So I pull on another sweater (a la Jimmy Carter) and mittens and a hat. Indoors. In my home. I am serious. And I wait until my thermostat decides that I am worthy of radiant warmth.

When the Nest was a new thing, my guests asked about it, touched it, and were fascinated by it. By association it made me look more interesting. But now, because I can’t control the climate in my own home it makes me look bad, as though I am too cheap to turn the heat on. It’s embarrassing. I have had people over, freezing, who keep their coats making some polite excuse like, “I got a chill at the office I just can’t shake.”

At first, the Nest made me feel great. It was helping me save energy. It made it easy to do that, calculated how much energy I had saved, and reminded me about this via regular status emails. I could also look for the information myself using their apps. I was proud to be an early adopter of such a unique, cool, and expensive item. Yes, I was shallow and nerdy all at the same time.

Beauty Is Only Chrome Deep (Visceral)

The Nest looks pretty on my wall, especially as opposed to its old, utilitarian-looking predecessor. The physical appearance may win everybeauty contest, but if I can’t do what I want with it, then it’s art not design.

Makes It Difficult to Recover (Behavioral)

重组thermostat means dealing with several tiny little circles that represent the temperature at different times. Whether using theapp on a tablet, or using the Nest itself, it is incredibly tedious and slow to make these changes. Yes it’s programmable, but it feels like Linux. 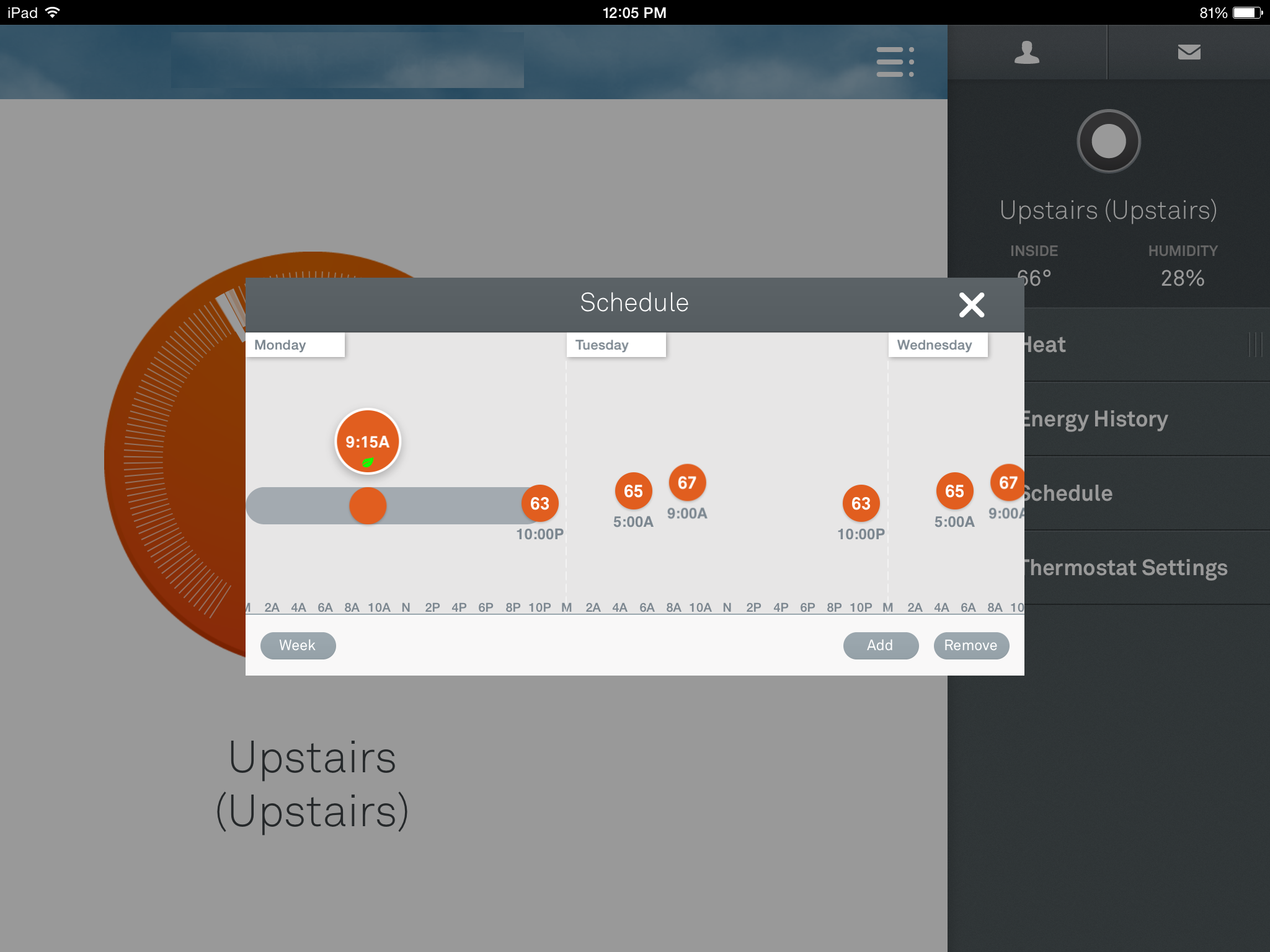 Using the app on my tablet, it’s not easy totouch, tap, and drag在计划中调整点。

And it doesn’t seem possible to change the temperature at all using the iPhone app. It’s irritating that I can't do this important task, yet I can easily see how to spend more money with the company: add another Nest to the app; and buy a new service, Nest Protect. 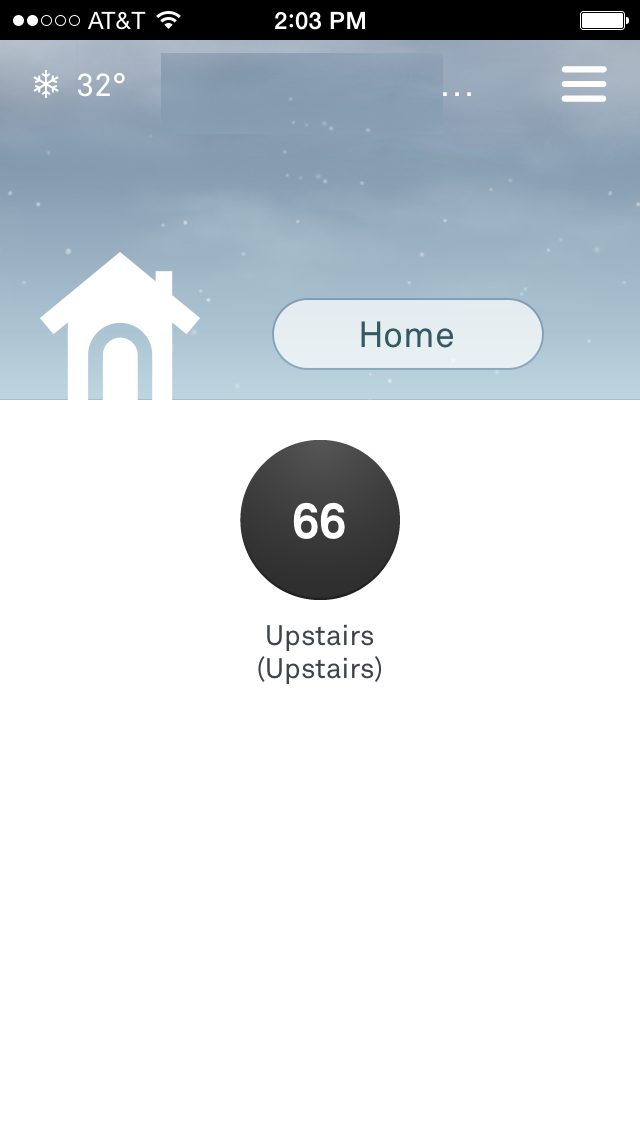 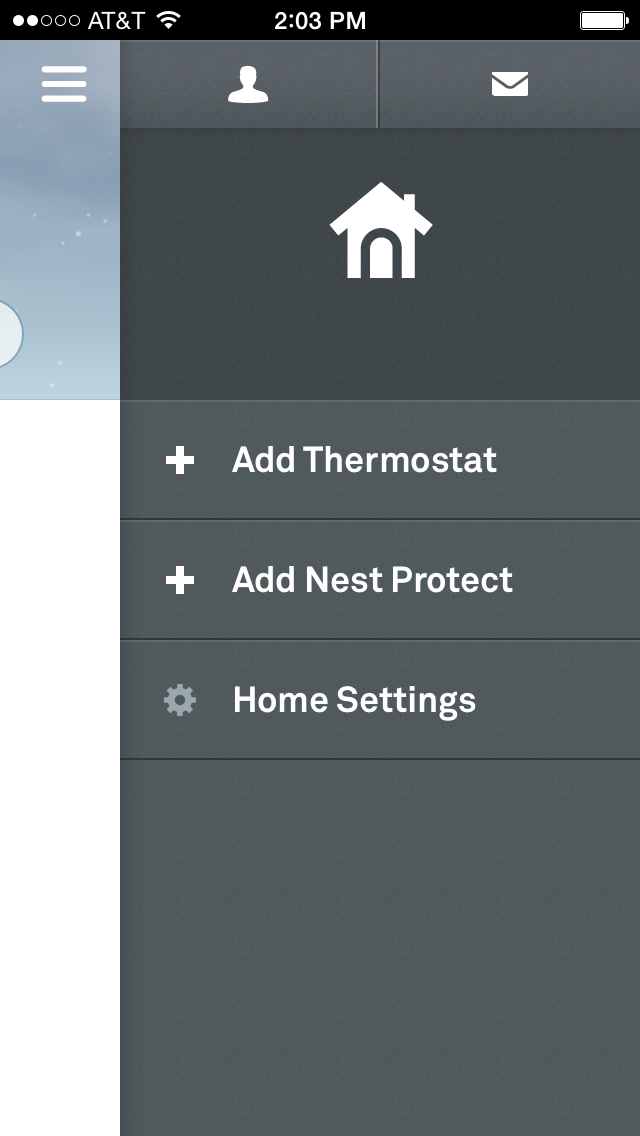 It’s not easy to find a way to adjust the temperature using the phone app.

Not Moving With the Times (Reflective)

Did Not Consider My State of Mind or Situation: Agitated and Cold (Visceral)

I live in the Boston area. Winter 2015. We have had record-breaking snowfall and many of us fear it will never stop. The groundhog just saw his shadow. There is snow everywhere and more is predicted, and soon. So even on days when the thermometer says it’s not that cold, it看起来和feelscold. My mental state is as raw as my shovel-worn hands are. And being perpetually cold is not just a little nuisance; it’s one of the basic,生理需求in Maslow’s hierarchy of needs. Without these met humans can’t function.

Inconsistent: It Made Me Love it Then Let Me Down, and Didn’t Meet Expectations (Reflective)

Not any product can solicit this kind of animosity. The fact that Iloved它首先是真正的燃料。这有点像一个糟糕的分手：如果你真的崇拜这个人在关系结束之前，那么决赛可能比你对这个人的冷漠和刚刚脱毛的东西更痛苦或恶毒。所以当我的巢让我失望时，它不只是让我失望;它把我踢到了路边。

To be fair, Nest got so much right: The website has delightful elements, the apps make adjusting the climate from anywhere possible, the organization paired with energy companies to market it and give rebates, the design was pioneering, and the dial itself is beautiful. From an emotional-design perspective, the visceral, reflective, and behavioral elements were all very strong in the beginning. Over the years the behavioral level started lacking: the device became hard to use, as it stopped working to meet my needs. Interestingly, in turn, the behavioral downfalls greatly affected the reflective level. Once the device became unpredictable, the emotions toward the Nest turned negative. Visceral levels remained strong the longest, with classically good-looking elements, and a soothing style for the apps and email newsletter. But now even those have been damaged, and the device taunts me on my wall. I never stand in front of it and adore it anymore, as I had. (I am a dork.)

Ironically, just after St. Valentine’s Day, I have decided to divorce my Nest. I’ll remove it from my wall, unceremoniously and with no fanfare. In its stead my fiancé will install a not-so-pretty, 35-dollar programmable thermostat we’ll pick up somewhere, probably using a discount coupon. With my new thermostat I doubt that there will be a whirlwind courtship, or showing it off to friends and family as it had been with the Nest. But I hope for a comfortable, long-term relationship, which is just what I need now from my thermostat.

卡拉珀尼斯is Senior Vice President at Nielsen Norman Group. Pernice pioneered UX research methods beginning in the early 1990's, and continues to evolve user-centered research methods and processes to best collaborate with organizations. She helps to improve their UX strategy, increase their UX maturity, and derive experiences that useful, simple, and surpass business goals. Pernice is accomplished at evaluating and managing design situations, and crafting with a team the most fitting research methods, and converting this analysis into insights and outstanding designs. She is the creator of NN/g's Intranet Design Annual and UX Certification Program.

订阅每周通讯to get notified about future articles.